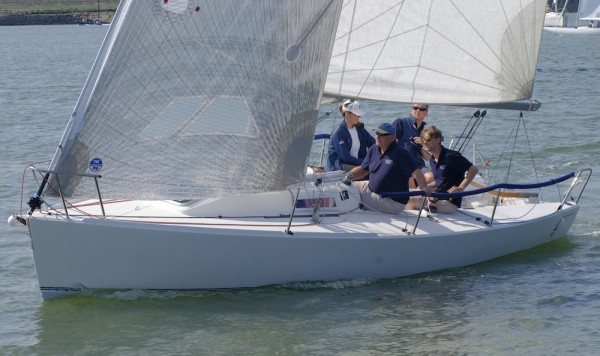 The Town Cup three-race/no discard new series format – introduced at last year’s 125th anniversary event to replace the traditional one-off race on the final Saturday –has succeeded in keeping the competition in IRC class intense right to the end. With just one point between the top two boats going into yesterday’s final, it was all about who won the last race.

A nail-biting finish across the Royal Corinthian YC line in the patchy winds saw Double Trouble take line honours five minutes ahead of the J/80 and was on track for the top result but the ever pursuing Glorious Fools pushed ahead in the closing stages of the race to snatch the overall win by just 14 seconds on corrected time. 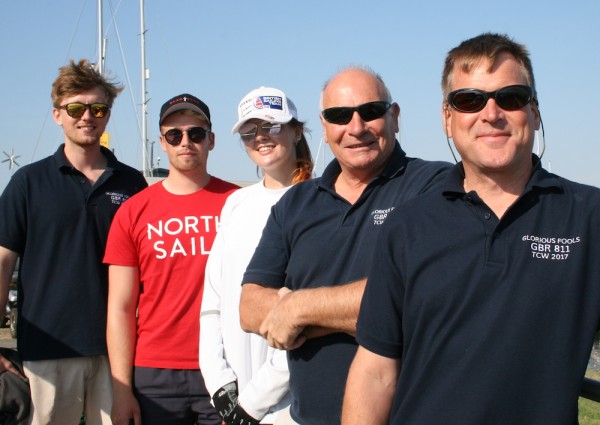 A delighted Harden chatting as he stepped ashore after a tough day on the water said: “To be honest it could easily have gone either way because Double Trouble sailed a really good race and there was hardly anything in it in the end. We’ve had a great day of sailing on a tight course with lots of corners, which made it interesting. We are so excited to have won it for the second year running, this time with some younger blood onboard, who worked really hard as a team.”

Doug Duce on the helm, said today’s win was even more special for him: “This is the fifth time I have won the Town Cup, two years in a row with Glorious Fools, so I am extremely pleased. It was even more poignant as it was 80 years ago to the day my grandfather Percy Duce won the Cup on Blue Trout in 1938. 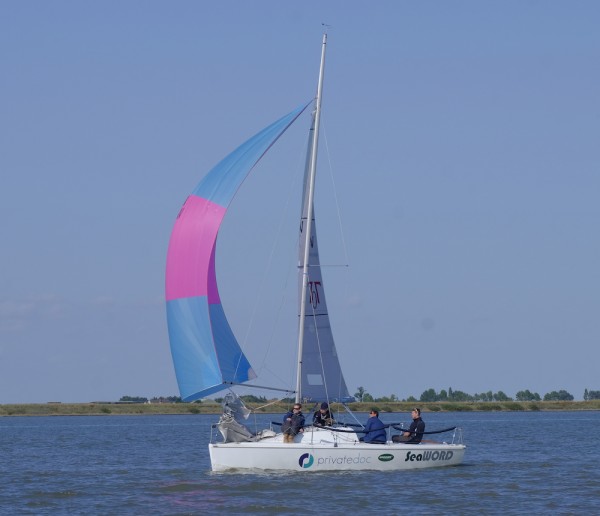 As well as the final Saturday Trophy races for the remaining classes, it was also the concluding day of the extremely competitive, four-day/12-race 707 national championship in which 14 boats took part. The overall winning team sailing Seaword, one of the seven Scottish teams taking part, scored an impressive eight wins beating second placed Chris Spark and team on Turbulence by a staggering 21 points. Helmed by Andy Marshall with owner Dara O’Malley, and Hugh Watson, Murphy Graham and Nick Elder calling the shots, this team sailed well throughout the week and managed to achieve their goal. Watson, who was on tactics said Burnham is rapidly becoming one of his favourite venues. “I did the Endeavour crewing for the RS300 champ, and two other 707 events here, and it really is a great place to sail.

“Our strategy at this event was not to mess up at any time so we are very pleased. Having never won the championship we were determined we really wanted this one and it seemed to work. We are also delighted in the fact we can now hopefully compete in the first ever Keelboat Endeavour Trophy, which takes place here in few weeks.”

Other top scorers of the week included Will Dallimore and team on Mandarin in the local Royal Burnham One-Design fleet who notched up an impressive run of six wins during the week to take the Bank Holiday and the Mid Week Series. Saturday however, was a different story with closest rivals Stephen Herring and team on Red Jacket managing to break Mandarin’s total domination. Herring commented: “It had to be done and we are all delighted of course. Winning today was all about perseverance, good team work, and keeping in clear air.”

Dallimore added: “All season we have been nip and tuck with her and just had the edge on her this week, so it was very appropriate that she won today. Today’s loss was because we made a very, very bad start, so we were buried in the fleet on the beat, and went aground for quite a while so pretty much everything went wrong.”

With 11 boats racing this week, and an influx of young sailors signing up including 18-year-old Arthur Brown helming White Rose who led today’s race, Dallimore says the RBOD class is in great shape. “There is a huge demand for youngsters to get a slot on the boats, which is great because they are the future of the fleet. The youngsters are already talking about next Burnham Week so we will encourage that.” 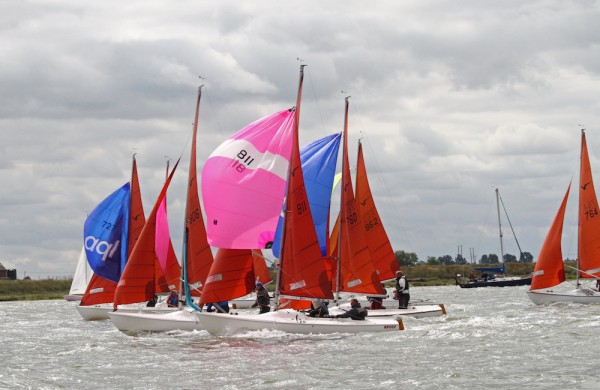 The largest fleet and one of the most competitive as always was the Squib, which mustered a total of 24 boats in the class’s 50th anniversary year. Robert and Tracy Coyle on Humphrey won the opening Bank Holiday Weekend series and the overall week’s points series, but Malcolm and Jackie Hutchings on Lady Penelope clinched the Midweek Series and Saturday’s Burnham Week Bowl. 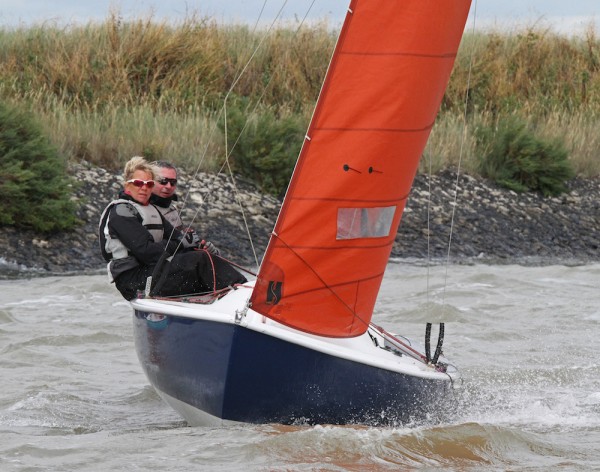 Hutchings said he is really pleased to see such a great turnout: “Actually I am particularly pleased that the fleet is starting to attract plenty of newcomers and younger sailors because that is naturally very important for the class. We also enjoy exceptional racing and great socials, and this week was no exception.”

Following the grand Burnham Week prize giving ceremonies at the Royal Burnham and Royal Corinthian YCs, activities around town culminated with a grand fireworks display to mark the end of the 2018 Burnham Week festival. Meanwhile Team Glorious Fools celebrated their Town Cup win in style and, in true traditional spirit, filled the cup with bubbles, and paraded it around the Town visiting most clubs and pubs on the way.

For results go to: http://www.burnhamweek.com